I was ready for bed but I was still very hungry. I went to the kitchen but first I looked out the window. I thought someone was watching me but I didn’t see anyone. When I was in the kitchen I started to look for food but I had nothing good. I even looked outside because my friend might have put it there.

I like him but sometimes he is really annoying, too. For instance, he once stole my family picture and then he broke it. I did not kick him out of my house but I just got very mad at him.

Ok now I’m getting really hungry and tired but I can’t sleep with an empty tomy. I finally found sandwiches in the bathroom.

I still thought someone or something was watching me. I went to the kitchen and swallowed the sandwiches down but while I did that I saw some FLYING FROGS!!! I got so scared I almost choked myself because of my sandwich that I was eating. I blinked my eyes 10 times thinking that it’s a dream, but no it wasn’t a dream it was real all real. I ran up stairs and I didn’t come back downstairs till morning. I tried to wake up Simon, he is the guy that broke my family picture but I couldn’t. That next day I saw a detective on the street. I told him what happened and what a bad night I had then back to bed. 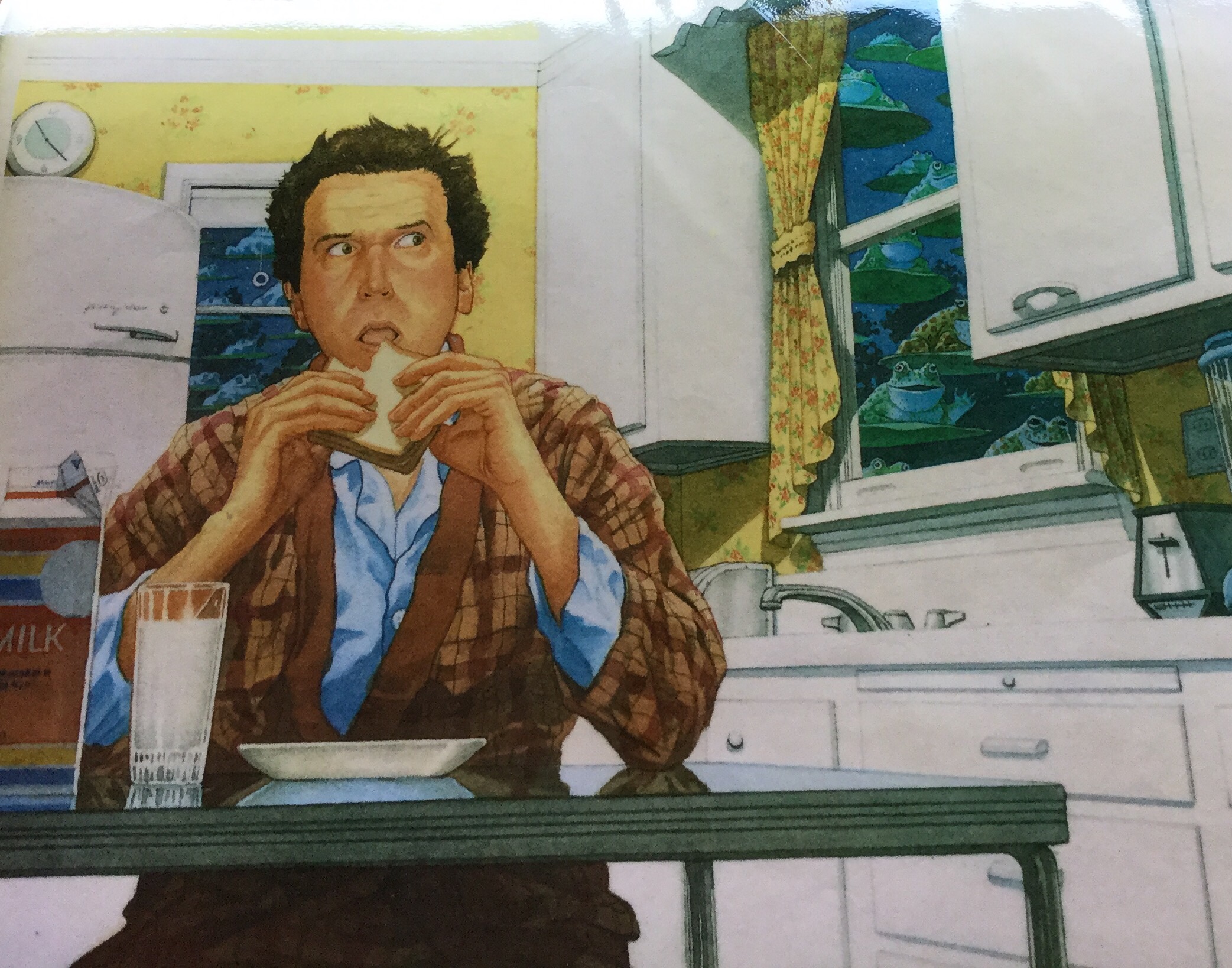